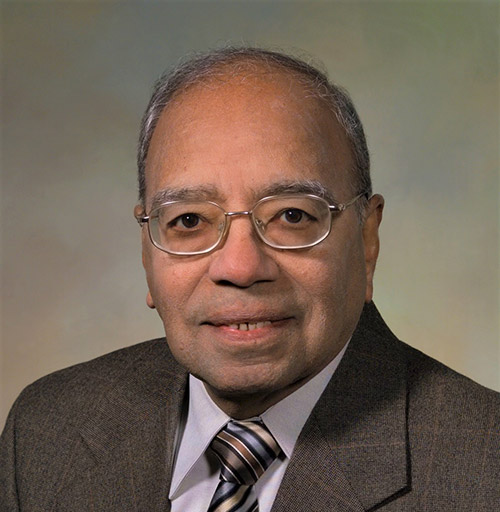 RAJA RAMANI
The Pennsylvania State University
Dr. Ramani has directed over 100 graduate students from 25 countries for graduate degrees, published over 200 research papers, co-authored an authoritative text on mine ventilation and air-conditioning, and contributed to 25 books, handbooks and encyclopedias. He has edited the proceedings of 15 national and international symposiums. Dr. Ramani's research has also resulted in over 125 research reports to the sponsoring agencies. Six of his graduate students have won the annual SME Graduate Student Paper Contest. More than 10 of his former students hold leadership positions in academic institutions around the globe. 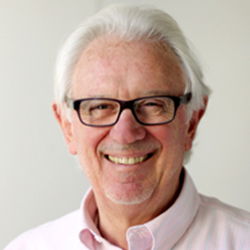 DIRK VAN ZYL
University of British Columbia
Dirk has more than 35 years experience in research, teaching and consulting in tailings and mined earth structures. He was a faculty member for 13 years at four Universities in the US and Canada and for the last 10 years Dirk has been focused on mining and sustainable development. He has consulted internationally on many mining projects, covering the whole mining life cycle, from exploration to closure and post-closure, in a large range of climatic and geographic environments. His present research looks at how mining contributes to sustainable development and the mine life cycle management. 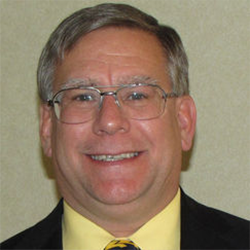 KEITH HEASLEY
West Virginia University
Keith has vast experience in the field of mining, holding a B.S. and M.S. from the Pennsylvania State University and a Ph.D. from the Colorado School of Mines. He joined WVU in 2001 and was appointed the Charles T. Holland Professor of Mining and Minerals Engineering in 2012. Before joining WVU, he was employed by the former U.S. Bureau of Mines, the National Institute for Occupational Safety and Health (NIOSH) at the Pittsburgh Research Laboratory and was employed as a project engineer for the underground mines in the Midwestern Region of Consolidation Coal Company. 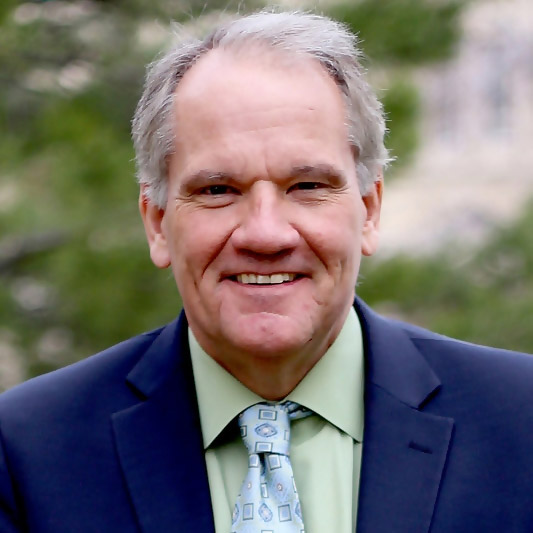 CORBY ANDERSON
Colorado School of Mines
Dr. Corby Anderson joined the Department of Metallurgical and Materials Engineering at the Colorado School of Mines as the Harrison Western Professor of Metallurgical and Materials Engineering in 2009. Dr. Anderson teaches and conducts research as a member of the Kroll Institute for Extractive Metallurgy. He is an expert in the fields of extractive metallurgy, mineral processing, waste minimization and recycling. Dr. Anderson has an extensive background in industrially oriented research and was responsible for the development and success of the Center for Advanced Mineral and Metallurgical Processing at Montana Tech. 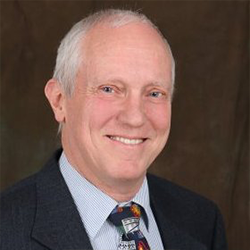 JÜRGEN BRUNE
Colorado School of Mines
Dr. Brune joined Colorado School of Mines Mining Engineering Department in 2012 after a lengthy career working for the CDC, NIOSH, CONSOL Energy, and RWE Rheinbraun. His current research projects include: development of a pneumatic mine dust sampler to sample coal and rock dust for explosibility analysis; explosion hazard risk analysis in longwall coal mine gobs through CFD modeling; and methane-air explosion propagation through mine rubble, physical testing and CFD modeling. Dr. Brune is a 2011 distinguished member of SME and the SME Pittsburgh Section. 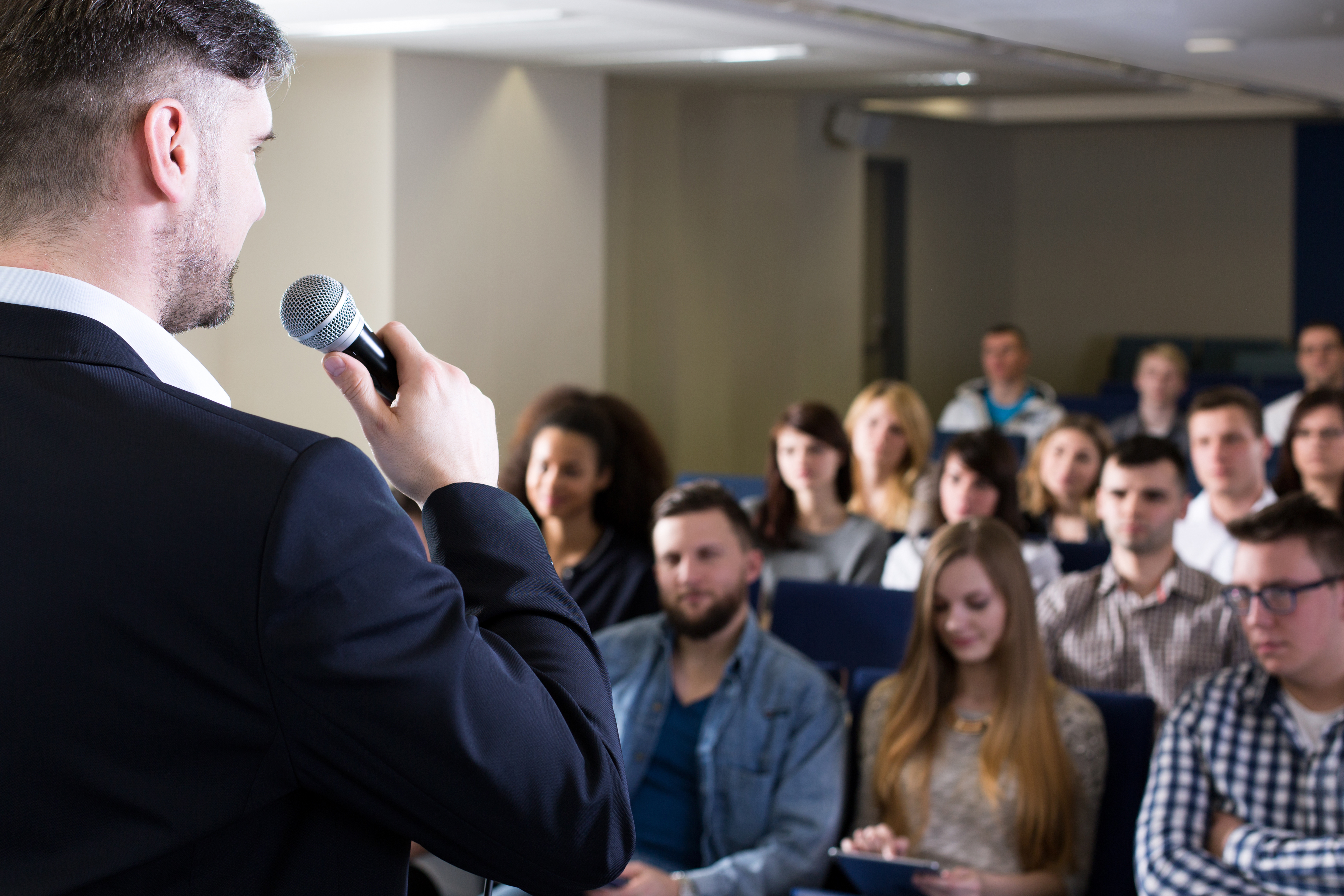 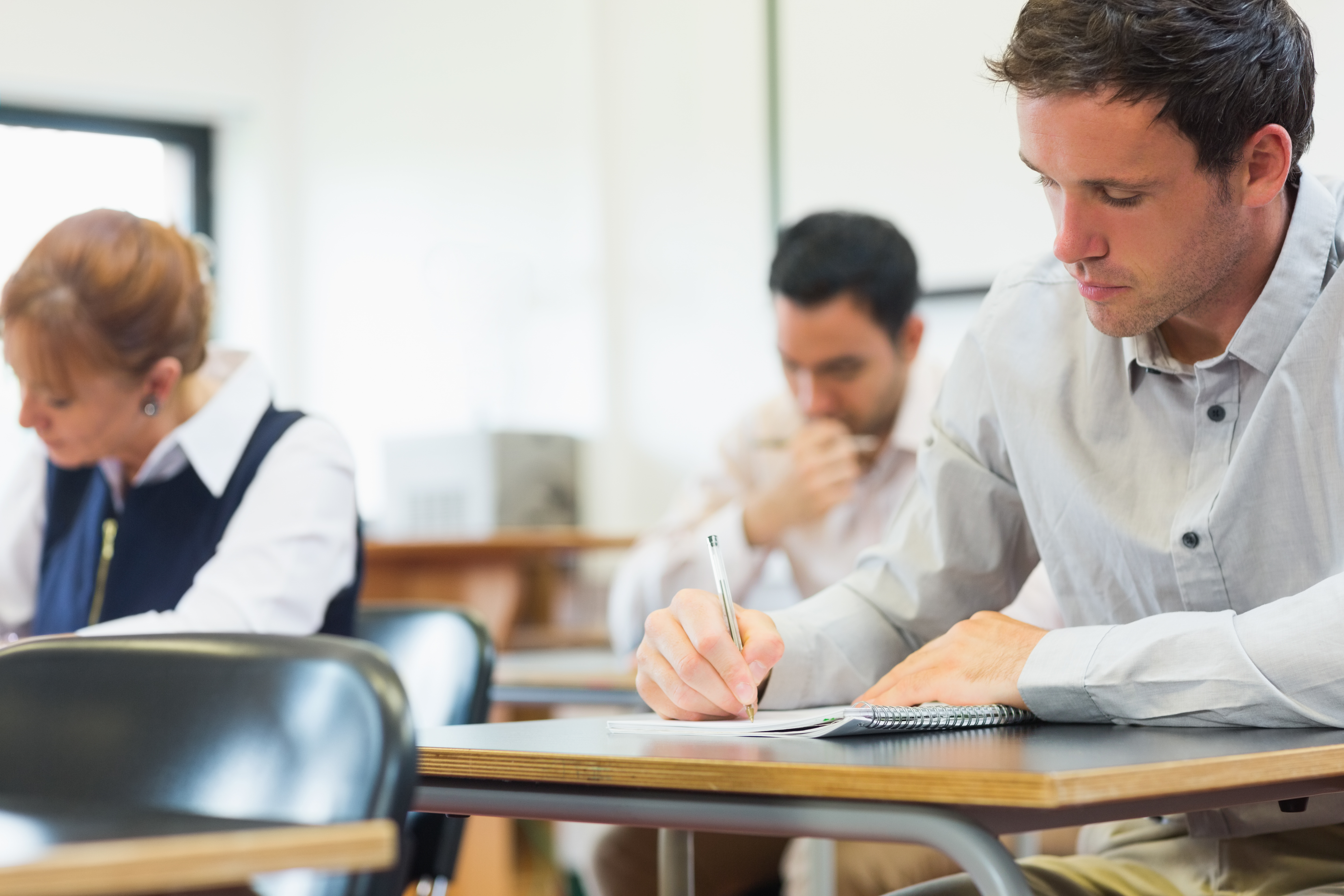 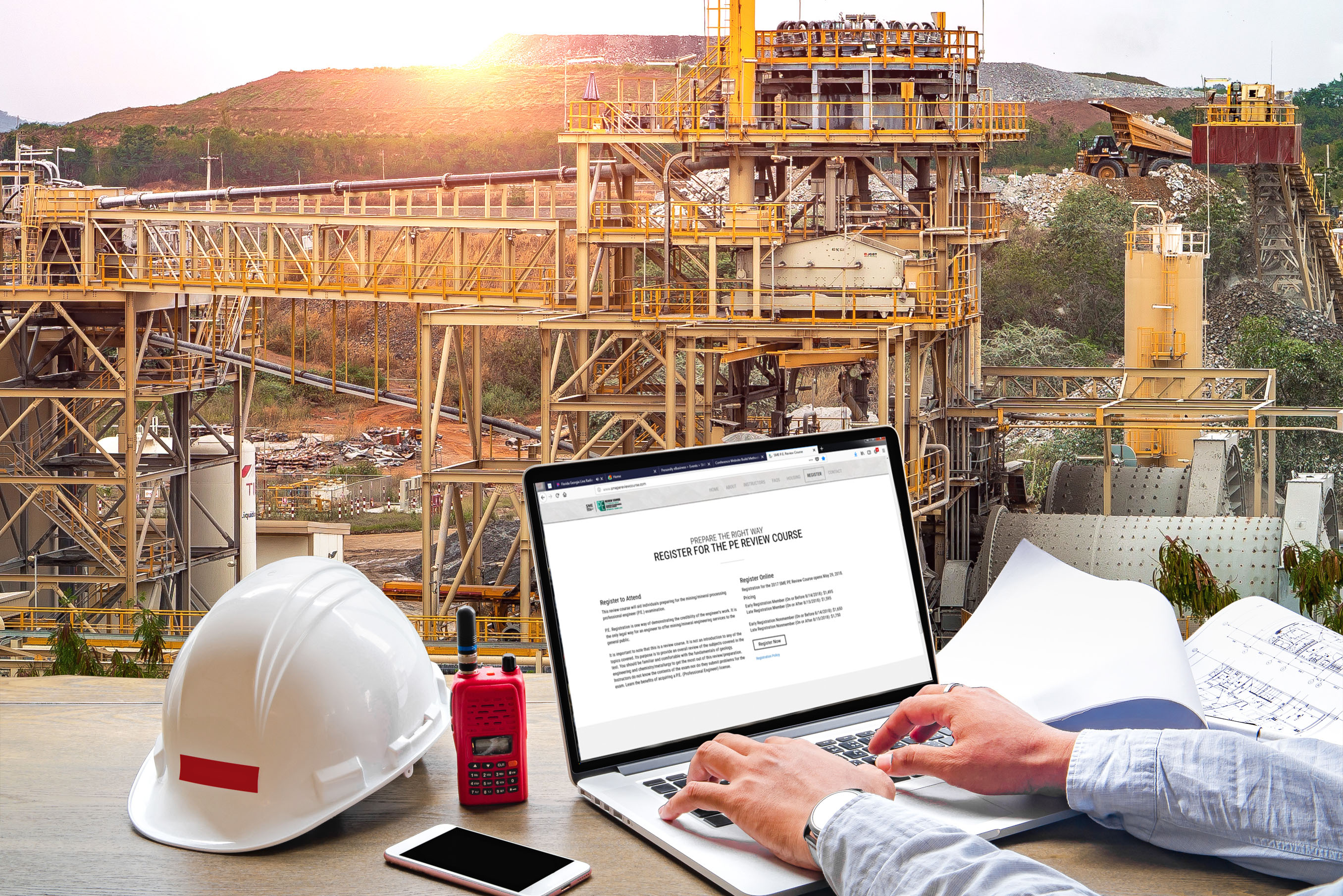 How do I register?

How can I get an invoice or receipt?
Please send all receipt inquiries to meetings@smenet.org or contact SME customer service at 303.948.4200. You can also view your meeting registrations online and print your registration acknowledgement through your SME profile. Please visit www.smenet.org/login, use your email address and password on file with SME, and locate My Meetings below My Contact Information on the My Account page. To see registration details, select View Registration next to the corresponding meeting.
When do I receive my badge?
All badges and conference related materials will be distributed onsite at the Professional Engineer Review Course registration desk located at the Sheraton Denver Downtown Hotel..
What's included with registration?

The registration fees include:

And participation in all sessions, daily coffee breaks, and daily lunches.
When does on-site registration open?
Onsite registration will open on September 10, 2022 at 7:00am, at Sheraton Denver Downtown Hotel, 1550 Court Place, Denver, CO, 80202.
Change my contact information?
All changes to an attendee record must be submitted in writing to meetings@smenet.org
Refund/cancellation policy
If circumstances require you to cancel your PE Review Course registration you must do so in writing. Written notice must be sent to meetings@smenet.org no later than August 4, 2022, to receive a full refund, less a $100 (USD) processing fee. There are no refunds for no-shows and cancellations received after August 4, 2022.
Additional questions?
If you have additional questions, please contact SME customer service at 303.948.4200 or 800.763.3132 (US Only), or registration at meetings@smenet.org.

Book Your Room
ABOUT THE HOTEL
With a stay at Sheraton Denver Downtown Hotel, you'll be centrally located in Denver, just a 3-minute walk from Paramount Theater and 8 minutes by foot from Denver Art Museum. This 4.5-star hotel is 0.4 mi (0.7 km) from Colorado Convention Center and 0.6 mi (0.9 km) from 16th Street Mall.

The newly renovated guest rooms and suites at Sheraton Denver Downtown Hotel have been enhanced to provide a premium experience. Our platform-style Sheraton Sleep Experience Beds now feature integrated reading lights and ample bedside charging, while our updated bathrooms are outfitted with a stylish vanity unit and an elegant shower room. For your comfort and convenience, we’ve also introduced ergonomic workspaces and deluxe in-room amenities like a refreshment center with a refrigerator. Here, you can stay productive or rest before setting out to explore all that our vibrant community has to offer.
RESERVE YOUR HOUSING

Reservations must be made by August 19, 2022 and are based on availability. Reservations can be made by contacting the Sheraton Denver Downtown Hotel at 303.893.3333 or online.

Set aside study time: Don't wait till October to start your studying! Give yourself some time. Start in June and designate two or three nights a week. Create a schedule and stick to it.
Make use of practice exams: The practice exams will help you move through the steps of the problem. Different practice exams challenge different aspects of your knowledge.
Practice problems by hand: Work as many practice problems that you can by using your references. Practice makes perfect.
Start your own study notebook: Highlight the items you may need to reference during test day. Remember it is open book, no loose papers.
Make sure you bring the needed supplies: a watch, calculator, extra batteries, and patience.

Get reacquainted with your calculator: Can't use computers to take the test.

Flag sections of your reference book: Make sure you can find the topic quickly and easily.

Be ready for a battle: If the first few questions are tough, move on to the next one.

Engage your PE peers on their helpful studying hints.
Be sure to answer all the questions.

Register for the PE Review Course

P.E. Registration is one way of demonstrating the credibility of the engineer's work. It is the only legal way for an engineer to offer mining/mineral engineering services to the general public.

It is important to note that this is a review course. It is not an introduction to any of the topics covered. Its purpose is to provide an overall review of the subjects covered in the test. You should be familiar and comfortable with the fundamentals of geology, engineering and chemistry/metallurgy to get the most out of this review/preparation. Instructors do not know the contents of the exam nor do they submit problems for the exam. Learn the benefits of acquiring a P.E. (Professional Engineer) license.

Registration will include a copy of the SME Study Guide Edition 8.

Registration will also include a copy of the new NCEES mining/mineral processing practice exam.

The instructors recommend those taking the test purchase a copy of The SME Mining Reference Handbook Edition II. This book is the only reference that will be available to them when they take the test. It will not be included in registration fees.

All attendees of PE Review Course are required to register. Badges are required for admittance to the technical sessions and meal area.

Members must have paid 2022/2023 dues to receive member pricing. All attendees and authors at PE Review Course 2022 are required to register.

If circumstances require you to cancel your PE Review Course registration, you must do so in writing. Written notice must be sent to PE Review Registration, c/o SME, 12999 E. Adam Aircraft Circle, Englewood, CO 80112 or to meetings@smenet.org. Cancellations postmarked on or before August 4, 2022 will receive a refund, less a $100 processing fee. There are no refunds for no-shows and cancellations postmarked after August 4, 2022. Registrants are responsible for cancellation of their hotel accommodations.

Get in touch with us

Get in Touch with Updates

Make sure you receive the latest information on the P.E. Review Course and Exam. @smecommunity